The JISC 3D Fossils Project Team has been experimenting with the use of a simple piece of photogrammetry software to reconstruct a three-dimensional surface from a pair of stereo images. The software uses the difference in the position between certain points on the two images to construct a polygon mesh, which is then "draped" with an image file to provide the texture.

We start with two images, taken at a tilt of 4 degrees left and right from the horizontal plain. The images shown are of GSE 5568, a syntype of Sigillaria strivelensis. We can construct a red-cyan anaglyph from these, using a
variety of pieces of software. 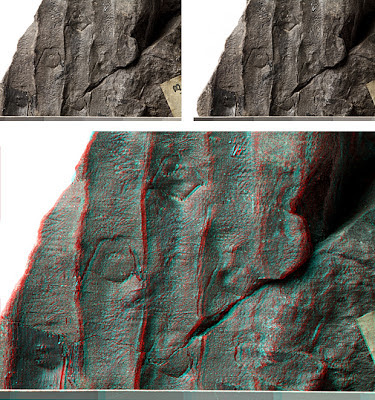 Next we feed the images into AgiSoft Stereoscan (a free download from http://www.agisoft.ru/products/stereoscan/) and allow it to reconstruct the 3-dimensional surface and texture, a process which takes no more than a couple of minutes using the powerful processors inside modern desktop computers.

Finally we can export the model in OBJ format and use MeshLab to modify it as required. We find that there are some drawbacks to this method, for example: 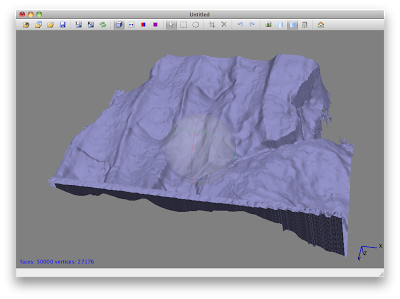 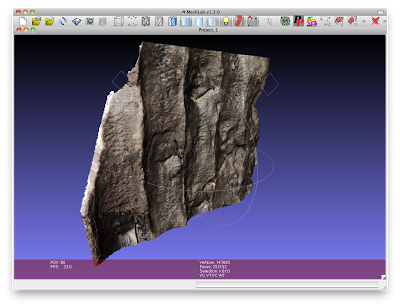 However, despite the drawbacks, for a number of specimens this provides a quick and effective way to visualise surface relief.