The Yorkshire Museum, and John Phillips 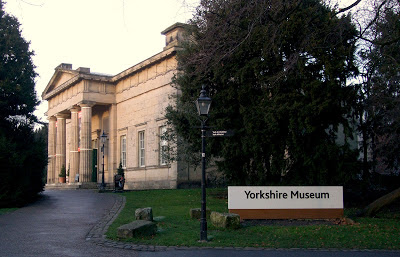 have found this branch of science firmly supported by scholars, philosophers, and divines."

There are many famous names associated with the history of the Yorkshire Museum (the museum itself was founded to house the collection of fossil bones from Kirkdale cave, famously studied by William Buckland), but one that is not widely known outside geological circles is that of John Phillips.

Phillips was the nephew of William “Strata” Smith and came to Yorkshire with him in 1819 where he helped Smith as he travelled the countryside seeking work as a surveyor. Phillips showed a keen aptitude for arranging the collections of local museums, and in 1826 took up the post of Keeper of The Yorkshire Museum, which he held for many years.

A list of his accomplishments throughout his career is long, and it has already been commented that “it is amazing to think that he was able to accomplish anything other than write during the whole of his lifetime”[1]!
In particular, to mention but a few things, he:
·         Worked out the structure of the rocks found on the coast and in the dales of Yorkshire, and published these in two books in 1829 and 1836.
·         Was a founder member of the British Association for the Advancement of Science, and was instrumental in organising it’s inaugural meeting in York in 1831
·         Introduced the term Mesozoic – the “middle age” of life on earth
·         Helped in the foundation and arrangement of the University Museum of Oxford in 1859
·         Carried out work for the (then quite recently formed) British Geological Survey, studying the Palaeozoic fossils of Devon, Cornwall and West Somerset.
·         Taught geology in three universities, in London, Oxford and Dublin, all with no formal education beyond the age of 15!

The JISC 3d Fossil Types Online team has just returned from a  week long visit to the museum, and we were lucky enough to be able to work with a number of the original specimens that Phillips collected nearly 200 years ago and subsequently illustrated in his book, Illustrations of the Geology of Yorkshire. 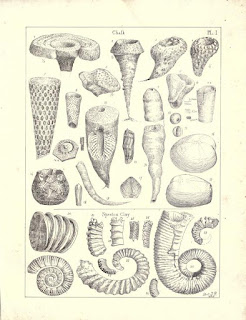 One such specimen shown below is Hamites phillipsi. The work being done on the Fossil Types Online project will help to increase the visibility of specimens like these to a worldwide audience. 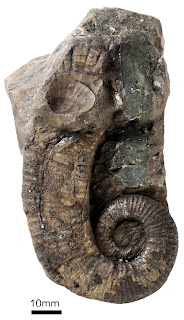